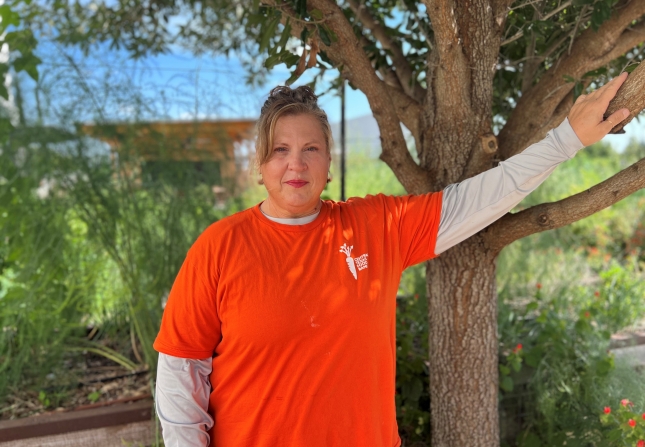 Nik was raised in Bridge City, Texas, right along the Louisiana border and Gulf Coast. Nik was adopted from CPS at just six days old into a family of civil servants. Her adoptive father, N.J. "Vick" Vicknair, served three terms on the Bridge City City Council and was a member of the Bridge City Planning and Zoning Commission. "I grew up going to work with him, going to city council meetings, things of that nature, just following him around like a little puppy dog," Nik shares.

Nik's family is one of high performers. Nik was a Texas State Championship Twirler in high school and college. She could twirl three batons at a time, fire batons and even knives. She twirled at Houston Oiler games and went on to teach feature twirling for 25 years before she got hit by a drunk driver and lost mobility in her arms. Her sister had similar success as a championship cheerleader. In their family, "You had to be the best at whatever," she professes, an attitude she brings with her to work at the Food Bank.

Nik's hometown, Bridge City, is part of the Beaumont-Port Arthur Metropolitan area and is named such because you have to cross a bridge to enter the city. Residents of this area are no strangers to hurricanes—Hurricane Rita originally brought Nik to Austin in 2005. In 2021, she moved back to Central Texas to assist her daughter, a single mother, and applied for a full-time role at the Food Bank. "When I was back home in the Bridge City area, working with many group homes with children in foster care, they utilized the Beaumont Food Bank in South East Texas. There were a lot of hurricane evacuations and a lot of recovery. I worked as a volunteer just handing out food and meals for the Salvation Army and the Southeast Texas Food Bank, so when I came up here, it just interested me. I've got to help in some type of caregiver capacity," she expresses.

Nik has a true presence at Mobile Pantry distributions. She's animated, confident, welcoming and in command of the flurry of logistics it takes to set up these events. "I have always put myself in situations that benefit my ADD," Nik notes. As a Distribution Specialist, Nik is responsible for working with community partners to schedule mobile pantries, ordering food for our neighbors, coordinating with our volunteer engagement team to build shift schedules, processing reports to inform future distributions, and setting up and breaking down the distribution site. "I adore distributions. I love the craziness. I love watching the traffic and the intake and watching the clients come in, and being able to oversee everything. That's my ADD celebration," Nik exclaims.

Nik may love the twirling in all directions, but her compassion for our neighbors in need is the best thing she brings to our team. "I try to make sure I greet everyone with either a hello or a smile," Nik says. "I like the idea of getting out into the community, talking to individuals, not only assisting them with their immediate needs of food, but also being able to refer them to different services throughout the area."

“People can feel forgotten. People can feel like they don't have anyone," Nik shares. "We're very blessed to work for an organization that provides in so many different ways to the community. Just to be able to have the opportunity to have someone come through a distribution line, and I'm able to provide them volunteer information or the distribution hotline so they can see if they qualify for home delivery or a senior box. I just love all that…Everything that we do is awesome."